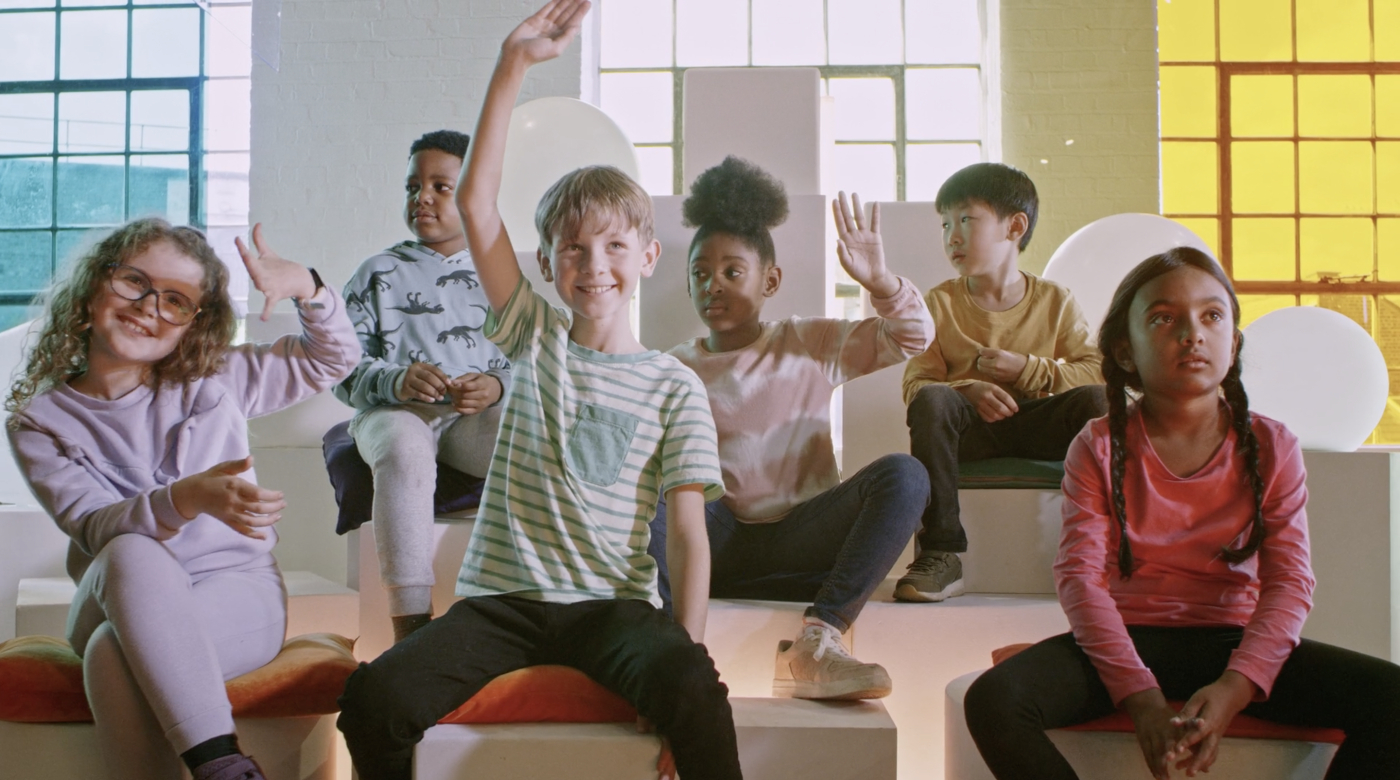 As part of Samsung’s launch campaign for the Galaxy Z Fold3, we collaborated with RAPP to create ‘Curiosity Unfolded’, a campaign that sees the Founders Forum tech entrepreneurs using the super smart device to pitch their inventions to children - arguably the world’s most inquisitive and fiercest critics.

Collaborating with our partners at RAPP London, we brought to life their ‘Curiosity Unfolded’ campaign for Samsung.

We created a hero film showing the tech entrepreneurs using the phone’s folding functionality to help show off their business propositions to a kindergarten audience. The kids really put the experts through their paces by probing with question after question. Think the Apprentice, junior edition.

Directed by multi-award winning director Liz Unna, who was chosen for her documentary-style approach and shot by commercial DOP Ian Murray. The ambitious film was shot over three consecutive days at a studio in London and a field in Essex, to optimise working hours of the kids and the incredibly in-demand CEOs of multinational tech companies. The set was specifically designed to bring to life the entrepreneur’s companies propositions and seamlessly incorporated Samsung technology. The fold of the Fold 3 was incorporated into the look and feel of the film, with cleverly juxtaposed split screen of the entrepreneurs and the kids.

Alongside the hero film we created 33 supporting pieces of film content for the campaign, for release on social platforms.

The films will run online, on social media, in local press and via display and media partnerships with the Independent and Evening Standard.

Stephen ‘Sid’ Gordon, Creative Director of RAPP said: “They say you should never work with children and animals (possibly even drones). But Be The Fox managed to capture really strong performances from a group of six year olds, three entrepreneurs (and a drone) effortlessly – quite a challenge considering we had to shoot in multiple locations and the talent weren’t actors. Diana, Liz and the team were a great bunch to work with, in a collaborative way. They saw our vision and the outcome was superb”