Be The Fox Shortlisted in Creativepool Annual 2019 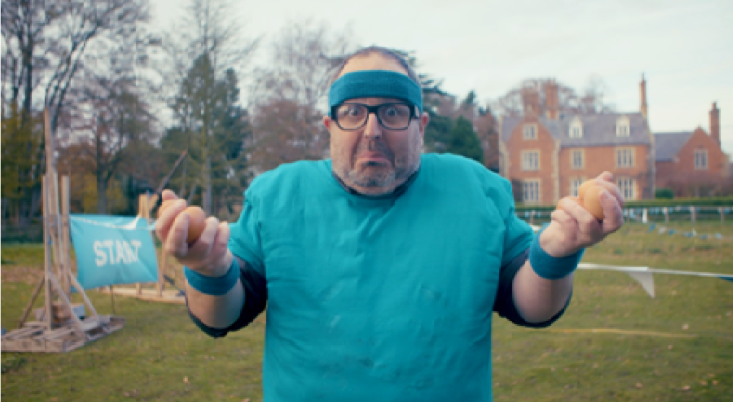 We're delighted to be shortlisted in the production category in the Creativepool Annual 2019 for our Casumo 'Play Absurd' series of films.

The Creativepool Annual 2019 looks to galvanise the creative industry by championing creative excellence.

Be The Fox has been shortlisted in the production category for Our Play Absurd films for Casumo which champions eccentric ‘sports’ across the UK: pie eating, wife-carrying, egg throwing, gurning... the weirder, the better.

An influencer-led campaign, we took Gogglebox’s Steph and Dom, renowned impersonator Scheiffer Bates, Facebook prankster Anto Sharp, The Skills Guy Joe Charman and comedians Paul Foot, Gina Yashere and Justin Moorhouse, to the back of beyond so they could try their hand at something very new.

Each time, we made four films of the stars joining communities and getting egg on their face (sometimes literally) as they trained to take part in a final competition. The films were released once a week over seven months on all of the influencers’ social channels as well as on the Play Absurd website.

All of the films can be viewed here.

Winners will be announced at the Annual 2019 launch on 1st May.